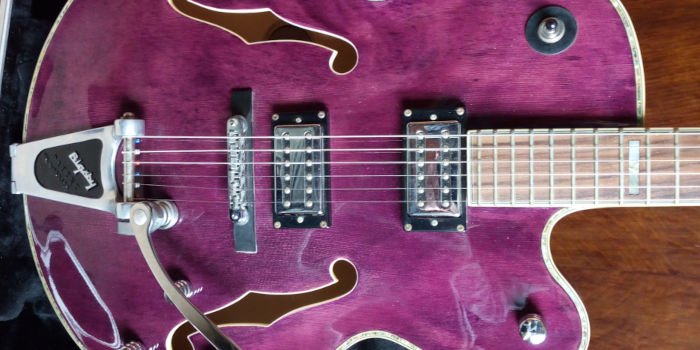 Like most of my gear, it has an interesting story behind it. So, today I’d like to tell you the story of how I ended up owning a Peavey Rockingham, how I intend to use it, and why having a hollow body guitar was on my list.

The Student With The Extra Guitar Case

It all started back in November when a student of mine arrived with an extra guitar case. I was intrigued from the get-go!

This student travels a lot with his job and is his own boss. One of his hobbies is going to auctions and trying to profit by re-selling the items on eBay, and as a side income, he does quite well (I’ve been with him to a few auctions, so can verify this).

Anyway, he got the guitar out and asked me what I knew about it and how much I would recommend him selling it for.

Luckily for him, I knew quite a bit about the Peavey Rockingham guitar, having read an interview with Darrel Higham (Imelda May) to promote the launch of the guitar back in 2007!

Yep, if I’m that interested, I’ll remember it! Darrel was the brains behind the guitar and is a great rockabilly guitarist too.

The Peavey Rockingham is based on a Gretsch G6120. However, a difference is the Rockingham has two humbuckers instead of a P90 in the neck and a single coil in the bridge.

They seem to only have been released in the UK. But weirdly, I have seen some on eBay in the US. Plus it doesn’t seem to have been sold for that long or produced in vast quantities. Other than that, I knew nothing!

Anyway, since getting more and more into jazz, I’ve been looking for a semi-hollow body guitar, and this seems to fit the bill. That said, the Rockingham is fantastic for country, classic rock, jazz, and acoustic.

My student let me keep the guitar for a week to really “try” it out! I knew, he knew, everyone within earshot knew I loved this guitar from the first moment.

My student didn’t like it as he’s a Strat player and likes small-bodied guitars he can get around easily on. Since he’s just starting to learn guitar, a Stratocaster is probably the easiest option.

It’s safe to say that even after a week of playing it most days, I’d fallen in love with it and just had to have it. But there was one small problem. Oh no!!

If you’re like me, you’re changing your set up fairly often, especially seen as I’m playing for a range of different artists, each with their own style and sound.

I don’t often change the guitars in my collection. For example, I’ve had the Epiphone Les Paul Gold top for about 10 years and the Gretsch Duo Jet for about 6.

When I get called to play electric on a gig, I’ll grab one of those and not from the others in my small collection!  Like yours, my pedalboard is constantly changing and evolving. 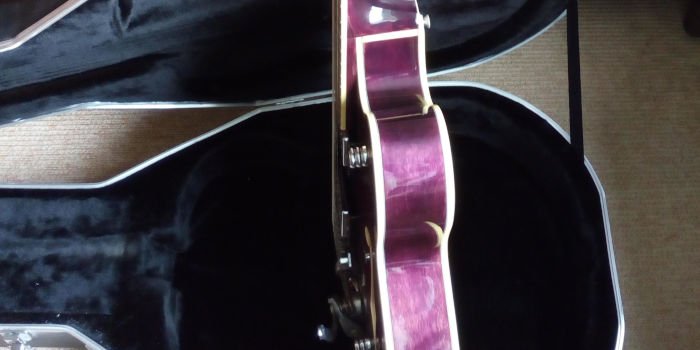 My Fender Mexican Stratocaster For Your Rockingham

The other thing I’ve realized is there’s no point having a guitar sitting around waiting to be used. My Strat was a lot like that. I haven’t used it for a while as people book me for my sound and what I bring to the table.

And for me, I just can’t get a Strat to sound how I want it to, whereas the other two guitars always sound killer. It’s not that the Strat is a bad guitar, it’s just that it doesn’t sound how I hear guitar sounds in my head.

So I decided to trade my Fender Strat for the Peavey Rockingham!

Did my student get a great deal? Yes, he got a proper Fender Mexican Stratocaster guitar for very little money.

Did I do just as nicely? Of course! I got a guitar I love and want to play!

It was a win-win situation!

What I Love About The Peavey Rockingham

I like the low-output humbuckers. As the other two main guitars, I’m using are also low output, this guitar fits in well. Plus I don’t have to change amp settings (which I’m likely to forget to change back!) or need to click in a boost pedal to level out the guitars. So in that respect, it’s good.

I also like darker sound guitars. It has a fairly dark and mellow sound. It still bites on the bridge pick-up. However, it’s a musical sound and not too bright! Also, I can use the guitar to play several different styles with ease.

Whether that’s jazz, blues, or country, the guitar allows the personality of the style to shine while maintaining its own sound. Assuming you can only use this guitar for rockabilly limits how great this guitar sounds in general.

I like the neck. The neck isn’t that fat, I would expect it to be fatter and more like an acoustic, but it’s nice and allows me to play pretty quick. As I have fairly small hands, I like necks that are easy to move around and fit comfortably in my hands. Nice!

It also looks dam cool, and that counts for something, right?! 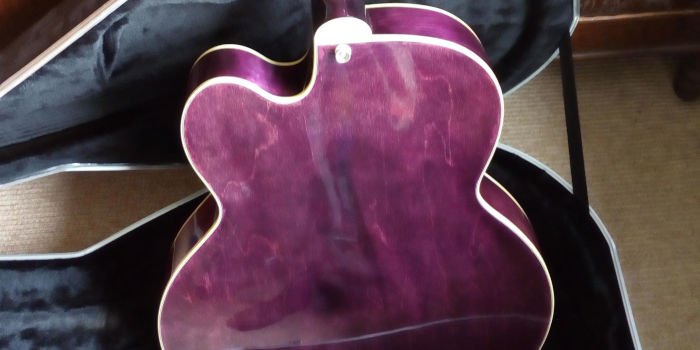 What I dislike about the Rockingham

What I don’t like about the Peavey Rockingham is the wiring! It makes no sense to me to have a volume control for each pickup as well as an overall volume control and tone control. Maybe it’s just me! I generally turn everything to 10, then use a volume pedal for the overall level.

Also, I change my picking attack or hand position to get a range of different guitar tones and volumes. So having lots of controls doesn’t make much sense to me!

I also don’t get the Bigsby. When I picked up the guitar at first, it had really heavy strings (I think 12s or 13s), and therefore the Bigsby was at best subtle. Now, I have restrung with 10s, so the Bigsby should have more life in it.

The Bigsby will probably end up being changed for a hardtail bridge as I’ll keep using the Gretsch with the Bigsby for when I want that option.

The small negatives to one side, I really love this Peavey Rockingham and plan to use it a lot this year! What was your best purchase of 2013?