How To Learn Songs Quickly on Guitar 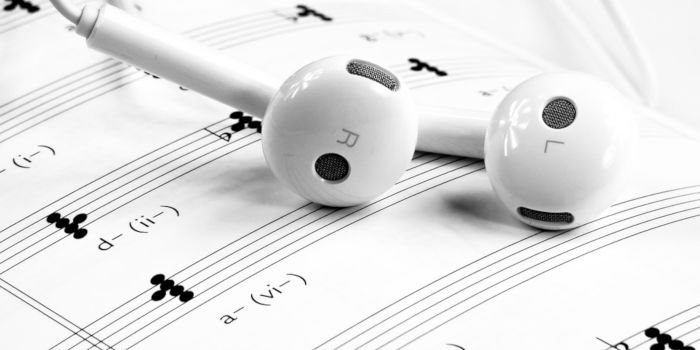 If you’re like most guitarists, you’ll end up getting called to play a function gig at short notice. You’ll have to quickly learn 30+ new songs. Thankfully, there’s a process involved in knowing how to learn songs quickly.

You’ll have to learn the chord pattern, any solos/lead lines, and find all of the guitar tones. Here are five simple tricks which will enable you to learn songs quicker.

If you’re a fast learner who isn’t phrased by curve balls, you’ll get more gigs. More opportunities allow you to pick the ones you actually want to play, not just the ones that pay well.

For some gigs being able to read music is critical. However, being able to sight read (i.e. play a song without ever hearing or seeing it before) is a completely different kettle of fish.

What I mean is being able to look through a chart and follow the chord changes. You should understand each section (i.e. what is a verse, chorus, bridge, etc.) and be able to play the song with little rehearsal while following the notation.

Here’s the thing, I can’t read music very well, but I can follow a chart well enough to keep employed. I also know that with guitar parts, they’re usually written out wrong. Thanks, keyboard players!

However, having some notation, regardless of how wrong, allows me to learn the part quicker and enables me to get through the list of songs faster. Oh, and sight reading floors me – it’s a specific skill only a few people ever master.

#2 Work on the Critical

If you have a huge number of songs to learn, the best thing to do is to divide them into three lists.

The first list is songs that require a lot of work. They could have a tricky solo or guitar part that requires specific focus.

The second list will have songs that need some work. Something like a song with a weird structure or a specific guitar sound.

And the third list will be songs with no guitar or just made up of simple chords.

We’ll start with the third list, it’s a good idea to play through these songs first. Check or write out charts, play through them a couple of times and leave them for the gig. Remember that songs are fairly straightforward can always be read on the gig.

With the other two lists, I’d isolate what’s difficult. It could be the guitar solo, a completed guitar riff, an unusual arrangement, or a specific tone. I’d then work on that section for an hour or two and try to nail it. 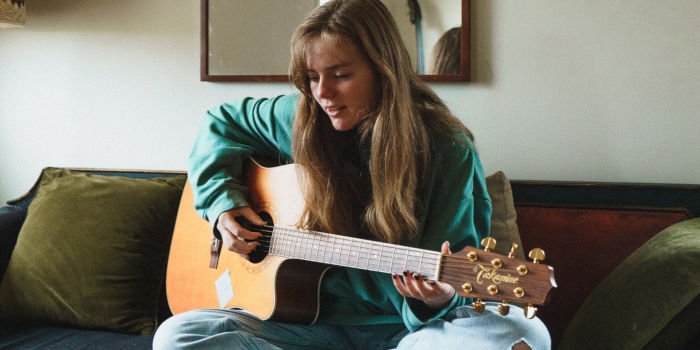 #3 Listen to the Radio

While there’s not much guitar on the radio these days, the radio still provides a great way to learn how to play the guitar better. Spend an hour when you can just jamming with the radio.

Try to find the song’s key first, then try to build some chords around the changes you can hear. It will be tough at the start. But if you keep doing it, you’ll become more confident as a player and a better follower!

Most people miss this idea and so struggle to know how to learn songs quickly yet it’s a fantastic opportunity as you have no control over the next song!

If you want more gigs, then become a great follower. What this means is, if you know roughly every section of a song, then you’ll be fine if the Musical Director or singer calls another chorus or points at you for a guitar solo over the second half of the bridge.

If you’re stuck in the chart or admiring the ladies, then it’s likely that you’ll be easily distracted and come off looking like an amateur. You don’t have to look bad on a gig, you just need to prepare better and learn songs quicker! As well as jamming with the radio, get out to local jam nights.

It’s likely if you have 30 plus songs to learn that you’ll also need to cover a wide range of guitar sounds.

One way to get more guitar tones out of what you already have is to pick more/less or by adjusting the guitar’s volume. This sounds really simplistic but could mean you can remove an overdrive pedal or two from your pedalboard.

Another trick is to use two overdrive pedals which can be combined for heavier guitar sounds. You can then create more guitar tones without needing extra pedals set for specific sounds.

Another way to simplify is to buy a multi FXs which can cover all modulation or delay sounds. The more you play with your rig, and try different combinations, the more you’ll find ways to create tones on the fly which sound close to the guitar sound on the track.

And, always carry a clean booster or an EQ, both are super useful, especially in a weird-sounding room. 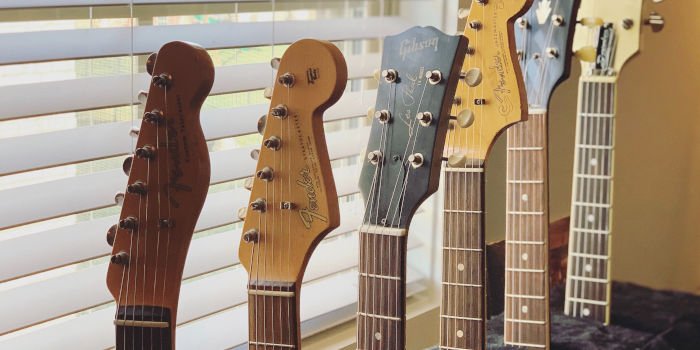 That’s How To Learn Songs Quickly!

So there you have a range of methods that will enable you to know how to learn songs quickly. Start by learning how to read music.

If you have a lot of songs to learn, break the task down into easy, medium, and hard songs. Then use your time to work on the harder songs.

Playing along with the radio is a great way to learn songs quicker as you’ll only have a few bars to find the key and the chord pattern. It will also teach you to follow.

Being a great follower will help you get more gigs as you’ll naturally flow with the MD or artist.

My last tip on how to learn songs quickly on guitar is to simplify your gear. If you have less to play with, you’ll crack on with learning songs rather than discovering new guitar tones!