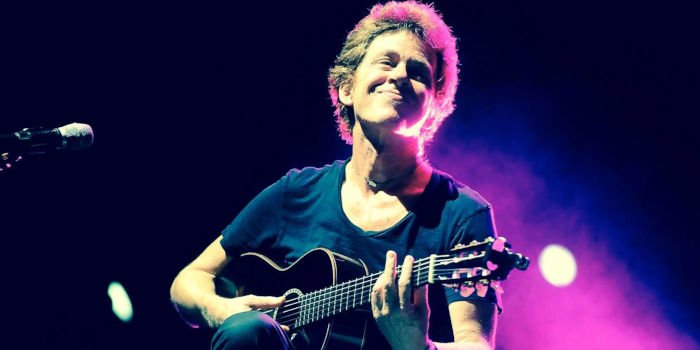 He also has a great solo career and has been featured on a whole host of great albums as a session guitarist.

He’s a great player with some interesting guitar gear. Let’s jump in! 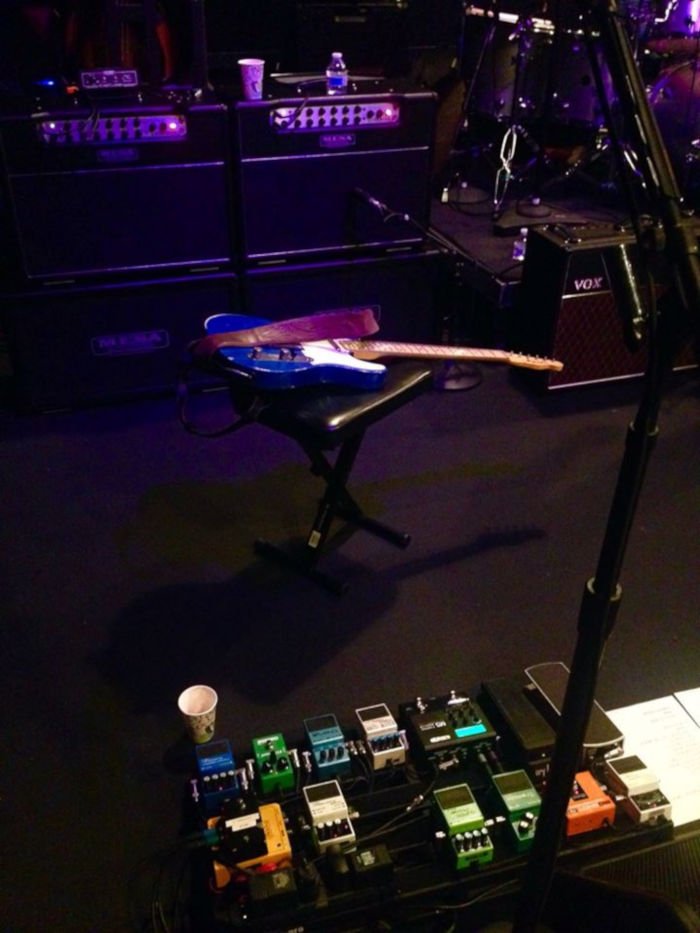 It would be quite easy to say Dominic plays a real ’62 Fender Strat and that’d be about it. Of course, he does play a vintage Stratocaster, but he also uses a range of guitars.

He once said changing guitar is like starting again.

For example, he plays a Telecaster on sting 60th birthday concert and from recent photos on his Facebook, is still playing one.

In Dominic’s guitar collection he also a Gibson Les Paul guitar which has Seymour Duncan pickups, amongst many other guitars.

For string, the Les Paul has 10s gauge strings and 9s are on the Stratocaster and Telecaster. For picks, he uses Herco (nylon) heavy gauge plectrums.

In terms of acoustic guitars, Dominic has a quite few!

He has a 1986 Rodriguez classical guitar, which is still made in Spain in small batches. As well as a Yairi electro-acoustic nylon Torres, a Fernandes P-Project Nylon string and a Guild Paloma.

Of course, there’s a lot of differences between how each guitar sounds, feels and plays. I guess he has a range so he can match the song to the guitar.

It also likely, as he performs solo shows in between sting dates, at least one acoustic stays within the sting rig and the other can still be used for session or gigs. 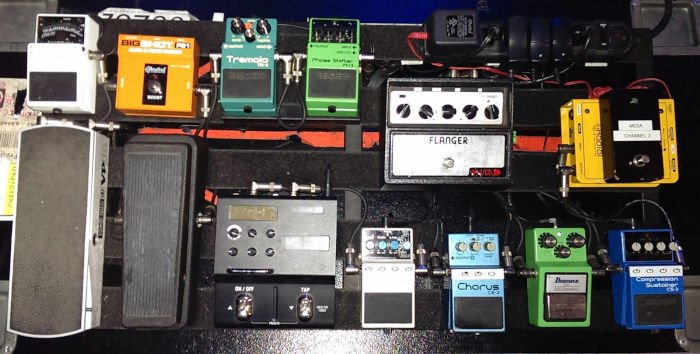 I remember seeing a Pete Cornish built pedalboard that Dominic was using at one point or another. It does seem that he’s moved to a PedalTrain with a similar set-up.

Firstly, Dominic is left-footed and that’s why the volume pedal and wah are on the far left! The second is other than the A/DA flanger, they’re all cheap and widely available pedals. So, nothing high-end!

Dominic is a long term user of Mesa Boogie guitar amps. He’s been known to use Mesa Boogie Mark III amps and Mesa Boogie Lone Stars. You can see from the channel switcher on his pedalboard, he likes to use both channels.

There’s also a few photos of him using Vox AC30, which is again just a classic amp.

Some words from Dominic on amp settings and volume – “If you are too loud on stage the sound man will turn you down in the PA which will give you a thin sound. To get a big fat sound on stage you almost need to keep your stage level lower than you think and just trust the sound man to have you in the PA. It’s also a trick keeping it low because then the sound man will really want to hear what you are doing. This gives you control and not him.” 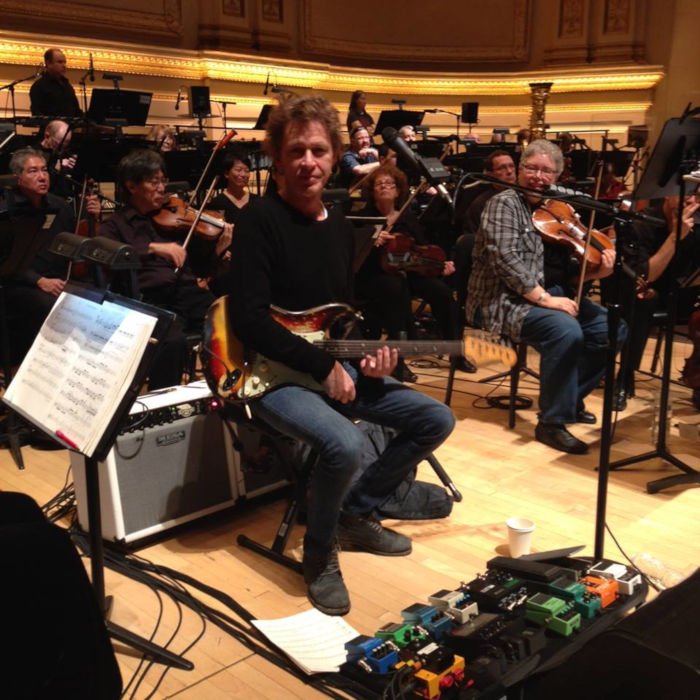 Getting that Dominic Miller guitar sound

To get a guitar sound close to Dominic Miller, you don’t really need a lot. I know he has quite a few pedals but the Line6 M5 could cover most of this with a bit of programming. So all that would be left to cover is a few basics like overdrive, wah, compressor and delay.

To me, he has a classic rock guitar tone where the amp is set so it’s a little overdriven to start with. While he can push the amp using the compressor, overdrive and boost pedals, his main overdrive sounds comes from channel 2 of the amp.

With the modulation and delay pedals, I think he’s using them as an effect which is noticeable and not to just color the sound.

While getting Dominic Miller’s electric guitar sound might be easy, playing nylon stung guitars isn’t. It’s likely Dominic still practices complex classical music on his Rodriguez to keep his technique up together.