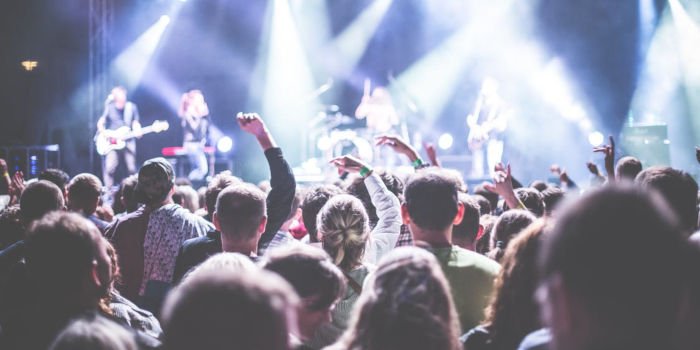 Band Dynamics is a really important subject, which when fully understood and applied, can turn you from being an average guitarist into a great player.

Imagine using some of these some simple ideas on your next gig. Do you think it will lead to better gigs? More work? better venues? I believe so.

So what is band dynamics, and why should all guitarist understand this subject?

Let’s start with a simple explanation of band dynamics. It is simply knowing that silence is as important as playing. It’s like being in tune or having great feel. All are critical yet so many miss the mark.

It seems that most guitarists have verbal diarrhea. Actually, most musicians act this way. They just can’t seem to play enough notes per beat! Let’s play more and more! Louder and faster! Nice!

Music Is A Conversation

Music is a two-way conversation. You have to participate in both ways – listening and talking.

I’m sure you’ve been in “conversation” with someone who just wouldn’t shut up. It’s really annoying! How you will remember that person?! Not a great first impression!

Well, that’s what you’re doing when you playing all the time. It’s like you’re talking for both of us and not giving the other person space to collect their thoughts or even speak.

With that in mind, why don’t you listen more? Why do you want to do all the talking? Both are important questions that only you can answer. So what are some ways to stop “talking” and focus more on band dynamics?

Firstly, think about how the shape of the song would look if drawn out. Are you adding something or taking away from the song? Are you building the arrangement or your ego? Remember, the song is king. You’re there to serve it.

Another way to serve the song is holding back. AKA Sitting on your hands! You can hold off playing until you really have to play. With a slow song, try to hold off until the second verse. Find a guitar part that’s small and adds to the song.

How about this. If the song is based around a riff, just play that and try to lock in with the bassist. Make it sound like there’s only one of you, just they have been turned up to 11 (anyone for Spinal Tap?).

Next, we could try and find a small guitar part that’s there but not there. Something that adds to the song but isn’t in your face.

Sometimes it’s best to break what you’re playing down to triads. We can easily find chord inversions of all the chords which sit close to each other. Give it a go! The best string set for this is the 4th, 3rd and 2nd strings.

Firstly it will cut down your movement and will make you have a thin sound. You’ll be there, but not noticeable. This is a great skill to have and use, especially when playing with multiple guitarists or keyboard players. They usually hog a lot of the sound space! Hey, show ‘em this article!

Another way to be small is to lock with the hi-hat and play 8th notes. In terms of what to play, copy the bass line or something really simple. Focus on getting the timing right so that you disappear into the background.

You can try sticking to the 6th string. Slide up and down to make the chord changes. Instead, you could try to find the root notes over the two middle strings. These ideas are superb for verses with full chords for the choruses.

Next up, Try to pick two notes on the middle two strings that outline the chord and just try to move one note per new chord. You’ll need to understand your theory and harmony and triads [hint you could play triads without the top note].

You could try picking the two notes in a simple pattern or finding a simple rhythm that complements the drummer. You could try a mixture of picking and strumming. You could go the other way; make it noticeable when you do play. If you’re trying to build the choruses, just play in that section. Make it loud!

If you’re playing the “hook”, “tag”, or “theme” of the song (or whatever you call it), it could be worth dropping out when you’re not playing. You could try playing just downbeats on verses. These two ideas combined provide the perfect amount of light and shade.

One more way, think in terms of painting. Are you trying to paint big broad strokes or small details? You don’t need a big brush to fill in the small details.

Think also in terms of shade and light. There might be times when you will want to shine bright and other times when you’re happy to just be there in the shade, playing.

Always think, am I adding something positive here or not? If you took me away, would a vital part of the song be missing? If you answer no to either, it could be time to reconsider how much you are playing and stop playing so much.

You see there are many ways to play less. All you have to do is think about dynamics and apply them to the band setting.

Recording a practice session or a live gig is a great way to assess your arranging skills and see how effectively you’re working as a team. It can do wonders for your understanding of band dynamics and how you as the guitar player sits within the overall arrangements.

On playback, ask yourself: Are you really adding something? Do you need to stop? Could you play a less obvious part?

You don’t need a lot of expensive kits. Something simple like a Sony ICD-PX ($60 on Amazon), will be good enough. Loud vs Soft – Dynamics Are Important!

I know I’ve given you a few different ways to arrange how you play better and think more clearly about band dynamics. But this is the first step.

If you think, listen and work hard, you’ll play better. People will notice the changes. The difference between being a great guitarist and arranger; and a poor one is not listening and reacting.

Fully understanding band dynamics will take some time and effort, but the reward will be huge. You’ll take a giant step up in your skill level. Surely that’s worth the effort?